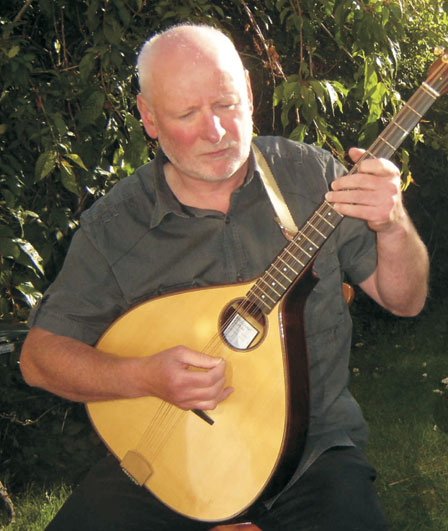 Allan lived in the West of Scotland seaside town of Ayr through his teens into his early twenties and was introduced to the folk scene through Ayr Folk Club in the late Sixties. The late Jimmy MacDonald of The Gaberlunzie (a trio in their early career) was a partner in The Duff Arms on Ayr High Street and Allan and four friends, who frequented the regular sessions there, made a name for themselves around the South West of Scotland clubs and festivals as the Old Felix Jug Band. Many of these gigs were obtained with the help of the late Danny Kyle, already a keen promoter of new young acts. Band members were Iain Baird (jug, mandolin), Brian Murray (washboard, kazoo, vocals), Allan Johnston (guitar, banjo, moothies, vocals), Bruce Law (guitar, vocals) and Mike Slessor (fiddle).

On moving to Edinburgh in 1971 his weekly residency in the Waverley Bar and the regular sessions in Sandy Bells led to Allan and five others forming Wee Willum a band that, unusually for its time, had two fiddlers and performed an equal mix of songs and tunes, both contemporary and traditional. A few years on three ex members of  Wee Willum, John Croall, Derek Hoy and Ian Hardie re-united as members of the now legendary Jock Tamsons Bairns.

During the Seventies Irish music became a huge part of the Scottish folk revival and with his father being from Coleraine, Co. Derry Allan was no exception to this trend and traditional Scottish and Irish songs were added to his repertoire in equal measure. Fiddlers Derek Hoy and Peter McClements, who had played with Allan in Wee Willum, introduced him to Dermot & Brendan Hyde (uilleann pipes and flute) and Ard-Ri was formed leading on to tours of Germany & Denmark and a high profile gig at the 1976 Commonwealth Ministers’ Conference in the Gleneagles Hotel. Allan had been writing songs since his first 3 guitar chords and by the mid Eighties the Irish & Scottish traditions plus a growing social/political awareness were feeding into his songwriting and other artistes were covering his songs. Edinburgh folk/rock outfit Ravenscroft covered “North Of The Border”, Irish band Craobh Rua recorded and adopted “The Shore ‘Neath The Tide” as their band anthem and the late Paddie Bell, of Corries fame, performed a number of songs from the “Voicecall” album. More recently Orkney singer, Jo Philby, recorded “The Shore ‘Neath The Tide” on her 2012 album “Beneath The Starry Sky and Sangstream the Edinburgh based community choir, led by Mhairi Campbell, added “Forgotten Wars” from the “On The Muse” album to their repertoire. 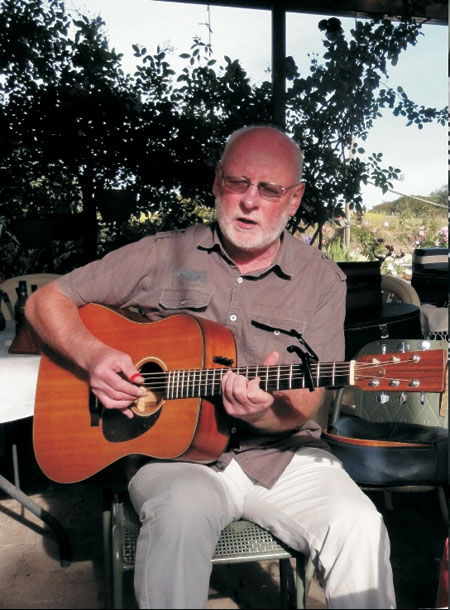 Allan’s first album “North Of The Border” was released in 1989, followed by “Voicecall” in 1999 and “Hey You” in 2004. His fourth and most recent album “On The Muse” was released in April 2013. See Albums for more details, lyrics, free MP3 soundclips and how to purchase the CDs.

Lookout for Allan Johnston, Mike Slessor, Billy McMillan and Tom Napper  performing live as the Allan Johnston Band. Andy Munro will join them on drums for the larger venues.

Having founded Leith Folk Club in 2004 Allan served as secretary for its first two and a half years and is now an honorary member of the committee. Leith Folk Club presents high quality acts every Tuesday evening in the Victoria Park Hotel, Ferry Road, Leith (just opposite the main entrance to Victoria Park). See www.leithfolkclub.com for full information on past and forthcoming acts.